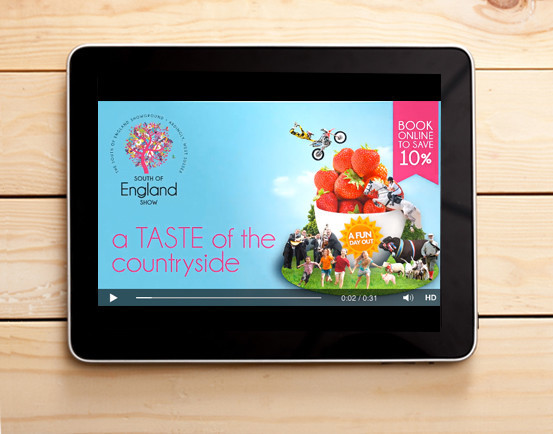 To promote their flagship event, the South of England Show, the Agricultural Society wanted to run a competition on their Facebook page. SEAS has a very active social media presence that can already boast high engagement levels, but they wanted to spread word to a wider audience rather than only those that already liked their page.

Having recently produced a video for SEAS using footage from the previous Show, we decided to run a video competition to maximise ROI on the video and earn as many views as possible to build excitement around the Show.

The competition was a huge success – with a very small budget the video earned over 8,000 views and had hundreds of interactions.

As part of our digital strategy, the competition was an integral part of the build-up in the weeks prior to the Show. SEAS more than doubled their online ticket sales and increased their ticket revenue by 14% from the previous year.

Sans Frontiere is proud to be a member of

This website uses cookies to improve your experience while you navigate through the website. Out of these, the cookies that are categorized as necessary are stored on your browser as they are essential for the working of basic functionalities of the website. We also use third-party cookies that help us analyze and understand how you use this website. These cookies will be stored in your browser only with your consent. You also have the option to opt-out of these cookies. But opting out of some of these cookies may affect your browsing experience.
Necessary Always Enabled
Necessary cookies are absolutely essential for the website to function properly. This category only includes cookies that ensures basic functionalities and security features of the website. These cookies do not store any personal information.
Non-necessary
Any cookies that may not be particularly necessary for the website to function and is used specifically to collect user personal data via analytics, ads, other embedded contents are termed as non-necessary cookies. It is mandatory to procure user consent prior to running these cookies on your website.
SAVE & ACCEPT
MENU